SWM Advisors was founded on the belief that people’s lives will be better if they receive advice that is truly in their best interests. We embrace our responsibility to positively impact our client’s lives and hope, that when all is said and done, they feel their life’s journey is more enriched because our paths have crossed. The power of three Each of these three components are necessary to have a prudent, high-quality, and risk-appropriate retirement plan or investment portfolio. Combining all three components enhances any retirement plan’s or individual investor's probability of success. This powerful combination is backed by data from objective and independent studies by world-class academics, economists and Nobel Laureates.

As fiduciaries, we have the legal obligation to put our clients’ interests first and seeks to eliminate conflicts of interest. Investors working with brokerage firms and insurance companies, however, typically get conflicted advice centered on generating fees and commissions that benefit their firms and their brokers.   We think investors deserve better.   Much better.

The estimated Elimination of Excessive Fees Return of 0.42% annually is directly from a memorandum to the president of the United States, States, entitled Draft Conflict of Interest Rule for Retirement Savings, from White House Senior Advisors Jason Furman and Betsey Stevenson, dated January 13, 2015. Their estimates of losses due to excessive fees was from 0.35% to 0.50%. For purposes of this chart we use the mid-point of those two numbers, 0.425%, but have rounded down to 0.42%.

•Estimated Cost of Conflict of Interest

The estimate of the direct cost incurred by investors resulting from the broker/advisor's conflicts of interest are conservatively estimated to be 0.50% - 1.00%. This estimate is from the memorandum to the president of the United States, entitled Draft Conflict of Interest Rule for Retirement Savings, from White House Senior Advisors Jason Furman and Betsey Stevenson, dated January 13, 2015. For purposes of this chart we use the mid-point of those two numbers, 0.75%.

The estimated Indexed vs. Active Funds Return of 0.54% annually is derived from the 2014 report from The Vanguard Group titled, "Vanguard's Principles for Investing Success" with the following assumptions: 1) Index fund/ETF blend is 50/50; and 2) US Stock large, mid and small portions and US Bond government and corporate proportions reflect January 2015 market conditions.

The estimated Advised vs. Non-Advised Return of 3.32% annually is sourced from the May 2014 research report titled, "Help in Defined Contribution Plans: 2006 through 2012" by Financial Engines and Aon Hewitt in which they refer to the "annual performance gap between Help Participants' and Non-Help Participants'median returns over the period 2006-2012."

The Estimated Additional Return is the combined effect of adding the individually estimated potential beneficial returns (detailed below) the average asset allocation investor would hypothetically earn by investing with SWM Advisors rather than investing on their own. These beneficial returns plus the average asset allocation investors' returns are compounded over a twenty-five year horizon. These estimated figures are not reflective of actual SWM Advisors client results or guarantees of future client results. Future results from actual trading in client accounts may differ materially from the displayed estimated figures of this hypothetical simulation.

The estimated Average Investor Return of 2.53% annually is sourced from DALBAR's 20th Annual Quantitative Analysis of Investor Behavior 2014 Advisor Edition as the results for the average asset allocation investor over the trailing twenty year period ending 2013.

The estimated figures contained in the table and chart are handled as additional sources of return potentially derived from investing with SWM Advisors which have been added to the average asset allocation investor's experience as reported in the 2014 DALBAR Report (2.53% annualized), and compounded over a twenty-five year investment horizon. Therefore, the estimated figures and chart represent simulated differences in hypothetical returns of the average asset allocation investor and the potential results of choosing to invest with SWM Advisors.

Our professionals have well-developed expertise and extensive global experience having worked with high net-worth individuals plus some of the world’s largest and most sophisticated corporations, pension plans, sovereign wealth funds and foreign central banks. Our team brings a global, insightful, and disciplined perspective to each of our client relationships. 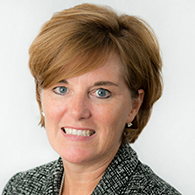 “A very low-cost index fund is going to beat a majority of professionally-managed money. The gross performance [of actively managed money] may be reasonably decent, but fees will eat up a significant percentage of the returns.”

“All the time and effort that people devote to picking the right fund, the hot hand, the great manager, have in most cases led to no advantage.”

"The industry as a whole cannot outperform the market because they are the market, and long-term statistics revealing negative returns for the class of active managers confirms it. Yet, what a price investors are willing to pay!"